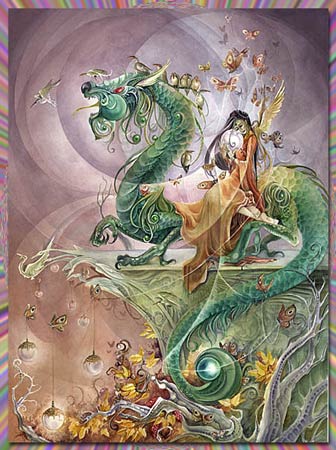 A special place to share all of life's special moments, musings on the days news, or just to say hello. Please, kick your shoes off, have a glass of iced tea, or a hot cup of coffee and read with me awhile.  Remember as you go though life to keep the spirit of a child alive in your heart, and you can still see the shadow of a Unicorn while walking through the woods.   This site dedicated to my one and only Sweet Pea.

Rich people are SO RUDE sometimes.

Need to vent here, and this seems like a GOOD PLACE to do it...at least some of you can get a laugh or two out of my angst and frustration.

As most of you know, I'd taken on a large landsccaping job, finished it, and bid on another one.  I got the second job...or, at least so I'd thought.  The couple had me over to their home, we talked about the project at some length, and they were impressed enough to ask me to work up a detailed bid on the project...no small task.

I gave them the estimate, and they had some more questions, so made a SECOND trip to their home, and then came home and worked some more and fined tuned the estimate for them.  The total estimate if they had everything done would have been right at about $35,000.

They finally contacted me, and said they could not afford this season to do more than $20,000, and was it possible to divide the large project into two phases...NOT A PROBLEM, so I did some more figuring and mapping out and called them back with what now amounted to two separate projects, the immediate one for $20,000 and a phase II that would be done at some future date to be determined.

They loved my work, loved my proposal and said the job was mine, and they wanted me to start as soon as possible...we agreed that I would pick up a deposit for $10,000 last week, and start on July 18th as soon as my wife and I were back from vacation.  In short, I was given the go ahead to start the job, which I did.

I priced out materials, made arrangements to sublet out certain parts of the job, lined up my labor force, and spent some out of pocket money on things I would not have purchased had I not had the job.  Well, I get a call last week on Wednesday asking me to hold off picking up the check until after her husband returned from Toronto, as he was there trying a big case, and would be home on Sunday.

This morning, I call up the wife to see if I can come over early, as I needed to pay for various materials I had RESERVED from my various suppliers, and was told, "Gee Sherwood, I was going to call you earlier, but after looking at things carefully, our finances are a bit tight, and we have decided to hold off on the project until the spring...we'd still like to use you, and hope you understand.  This doesn't really inconvenience you does it, sure you have other things to keep you busy."

EXCUSE ME?  I'm a SMALL BUSINESS PERSON, I can only do so much work, and once I have inked in a particular time from on my calendar (three weeks in the HEART OF THE SEASON), I have no choice but to stop looking for additional work to fill that time slot in my business calendar.  Also, what about all the pre-job prep work that has been done, what about my reputation with my suppliers?  What about the time I now have to spend CANCELLING everything I'd already put in motion?  Materials are not going to be the same price next year they were this year, so all the pricing work I'd done based on the fact I had the job is GONE...two days, two days that I would have billed out at $800 a day!  Another two days drawing up a more detailed plan for the landscaping project, lining up qualified workers for the time period, and choosing what types of planting materials I wanted to work into the landscaping, the kinds of statuary I wanted to go with my vision...yes, another $1600 GONE.  Now I am going to have to spend half a day cancelling orders, and I have to eat a couple of tools I'd purchased specifically FOR THIS JOB.  All told, I am out about $4,000....

When I bid out a job, these are costs that are factored into the costs...I know that I have a lot of work that gets done BEFORE I ever set foot on the property, before I take shovel to the earth and start creating.  Maybe to them, cancelling out at the last minute is no big deal, they are still living in their million dollar home, still have a nanny taking care of their kids, and a person who keeps up their home for them...but what about ME?  That money had ALREADY BEEN EAR MARKED, that money when it came in recouped my cash outlays, and PAID A MONTH of our living expenses here!  We in one phone call have gone from having a bit of a cushion to suddenly being CAUGHT SHORT, and scrambling suddenly to figure out how to make our ends meet.

Is it just me, or is this kind of behavior CALLOUS and UNFAIR?  Why seek a bid on a big project if you cannot afford it right now, why accept the bid and tell people you want them to start before you have gone over your own finances and know ABSOLUTELY that you can afford the work.  Are they really so naive that they do not realize how unfair their actions were and are?  Or, do they just don't care, are they so immersed in their own selfish pursuits that they just don't care about anyone else, don't really care if their actions hurt people that are not as well off financially as they are?  I can understand not making my profit on the work that has not been done, but what about the work I've ALREADY DONE, the work I HAVE TO DO TO CANCEL STUFF, do they think people like us just show up the day such a project starts, and magically HAVE EVERYTHING READY TO GO?

Enough ranting...I'm really crushed right now, feel betrayed, lied to and manipulated, and think I am going to go off and cry in my proverbial beer for a bit.

Thiѕ text is priceless. When can I find out more?

Hello there, You have done a great job. I'll certainly digg it and personally recommend to my friends.
I'm sure they'll be benefited from this website.

You're sso awesome! I don't suppose I've read somethong like that before.
So good to find someone with original thoughts on thi subject.
Seriously.. thanks for starting this up. This web site is one thing tht is required on the
internet, someone with a little originality!
web site
Sunday, November 8th 2020 @ 12:11 AM

I always spent my half an hour to read this web site's content everyday along with a cup of coffee.

This text is worrth everyone's attention. When can I find out
more?
анаболіки webpage анаболические стероиды украина
Sunday, September 27th 2020 @ 10:42 AM

I’m not that much of a internet reader to be honest but your sites really nice,
kep it up! I'll go ahead and bookmark your site to come back in thee future.

Incredible! Your post has a pack readers. For those who are interested in games, is Plants vs Zombies for kids? Let me know. Thank you!
Monday, June 1st 2020 @ 4:05 AM

The attention lifetime of an internet customer is generally short and the
man or she usually leaves the web page if there is nothing eye popping on it.
The email address particulars are then voted on and whoever has in the best answer will win.
This way, those accounts become disposable whwn you plan to drop thoose projects.

Pretty setion of content. I just stumbled upon your weblog and in acceswion capital to assert that I acquire
actually enjjoyed account your blog posts. Any way I will be subscribing tto your augment and even I achievement you access consistently fast.

928bet online is a new concept of online casino. Which has different advantages from other websites, namely The price system that is easy to see, deposit-withdraw quickly, with the withdrawal system of that website can be deposited-withdrawn through our website. If you are looking for new ideas 928bet with great promotions that are specially selected for you 928bet and have the best ball price Including a comprehensive game of playing, whether it is live, betting, step and many more Ready for all online gamblers
Thursday, January 10th 2019 @ 11:16 PM

I read this information with great pleasure. Thanks for such nice post! desain rumah minimalis
Tuesday, February 14th 2017 @ 9:42 PM

Thanks for your information ..sepzz

Your article give me inspiration..thanks

Bravenet Blog
Get One For Free!
powered by